BUENOS AIRES, MAY 25, ARMENPRESS. The Spanish language service of the ARMENPRESS news agency was officially launched during a ceremony at the Armenian Embassy in Argentina on May 24.

Director of the ARMENPRESS news agency Narine Nazaryan, representatives of the Armenian community in Argentina, public figures, Argentine and Armenian journalists were present at the reception hosted by the Ambassador of Armenia to Argentina Hovhannes Virabyan.


Photos from the Armenpress news agency

In his remarks, Ambassador Virabyan mentioned the recently signed cooperation agreement between ARMENPRESS and the Argentine news agency TELAM, stating that contacts, information exchange, reporting and experience will be a serious contribution the strengthening of bilateral relations between Armenia and Argentina, and at the same time contribute to the development of friendship and close contacts between the two peoples.

“Getting to know each other better, accessibility of information and coverage of day-to-day activities taking place in both countries and positions on very important matters is the foundation of the mutual love and respect that has been evident for more than a year. century. [ARMENPRESS Director] Narine Nazaryan’s visit also coincides with another significant event. The launch of the Spanish service of the ARMENPRESS news agency creates a new bridge between Armenia and the Spanish-speaking diaspora and towards more than twenty countries where Spanish is the official, cultural and literary language. We are proud of these two events. These events enrich the circle of relations between Armenia and Argentina and expand the areas of mutual knowledge of the two peoples,” the Ambassador said.

The Ambassador highlighted the support and sponsorship of the Siranoush and Boghos Arzoumanian Foundation in the launch of the information service in Spanish, noting that it is a “valuable” initiative and a “promising” achievement. .

Siranoush and Boghos Arzoumanian Foundation representative Aram Karaguezian said the new initiative will spread objectivity and truth in the Spanish-language media sector, not allowing biased approaches to impact inexperienced audiences. who is interested in Armenian news and contributing greatly to the daily struggle to guarantee stability in Armenia, Artsakh and the South Caucasus and the maintenance of regional security. 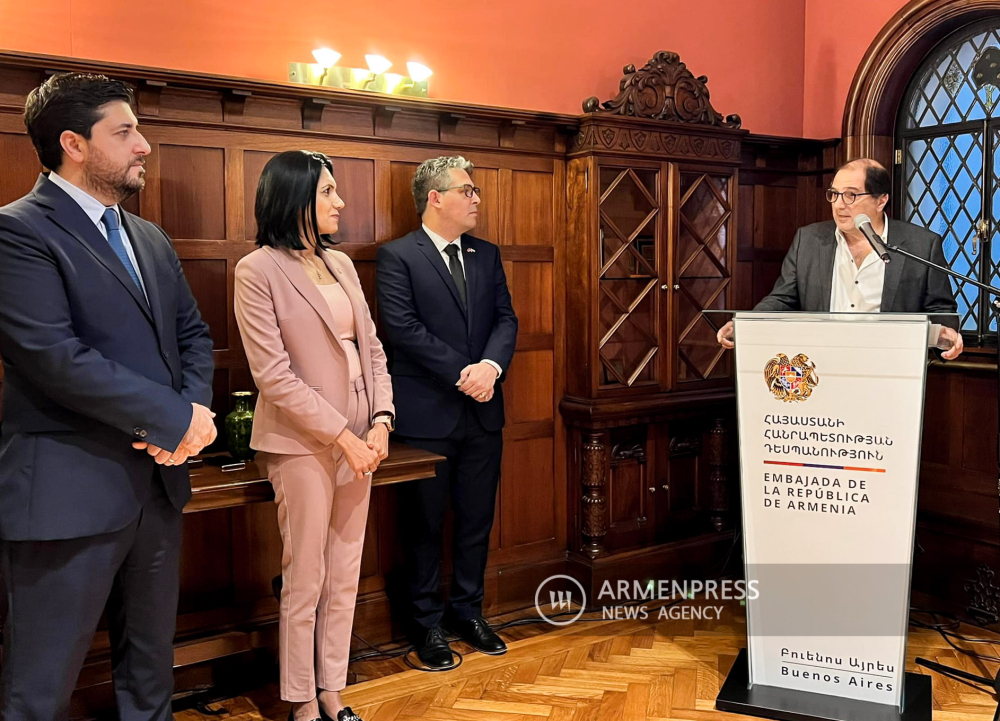 “I want to talk about my personal emotions that I felt when I opened the Spanish news from ARMENPRESS. This allows us to enter the Armenian world with one click in the language we know best. We welcome the presence of Narine Nazaryan, we are grateful that she has come here to share our joy, and we call on her to remain firmly committed to the foundation of objective journalism that transmits the voice of our motherland to the world,” said said Karaguezian.

ARMENPRESS Director Narine Nazaryan said in her address that this day can truly be considered a historic day. She said that by launching the news in Spanish in the heart of Latin America, ARMENPRESS is embarking on a new journey to a new and unique destination.

“The cooperation agreement with TELAM completes our circle of international partnership with news agencies from around 20 countries,” Nazaryan said. “Spanish is the official language of some twenty countries, more than 500 million people in the world are Spanish speakers, and the entry of ARMENPRESS into the great and unique linguistic family encompassing the European and South American regions will build a special new media bridge between Armenia and the world. We are shaping history today, we are shaping values ​​that are for centuries to come,” Nazaryan said.

On behalf of ARMENPRESS, Nazaryan awarded a certificate of appreciation to Ruben Mozyan, staff member of the Armenian Embassy in Argentina, for his invaluable efforts and contribution to the realization of the initiative.

The Spanish newswire editors are based in Buenos Aires.